Why Military Veterans Should Consider a Career in Trucking 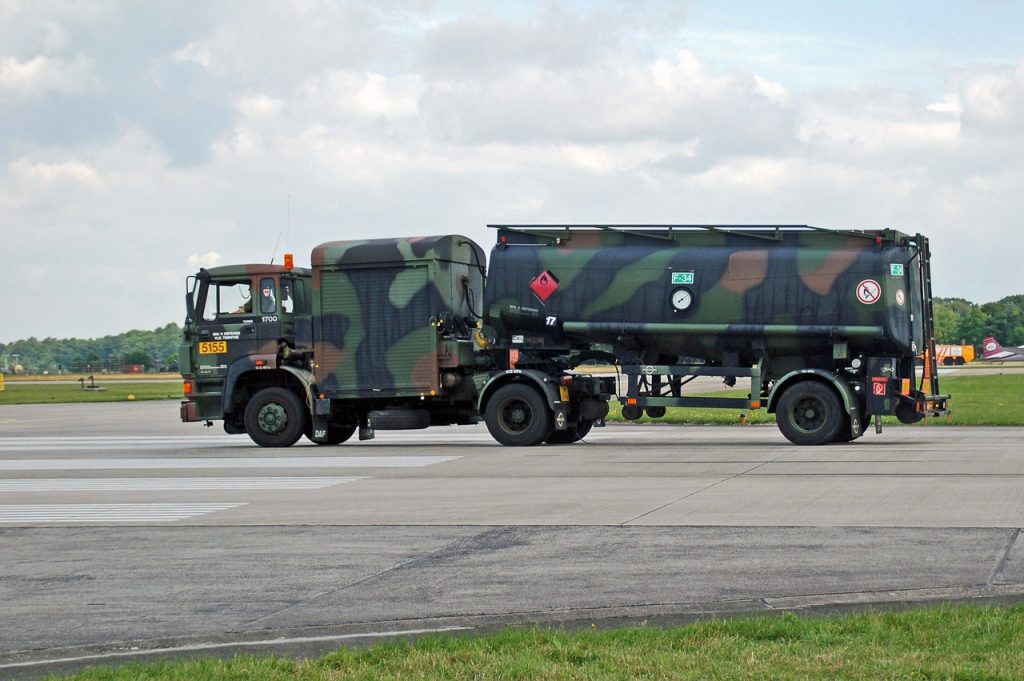 According to the American Trucking Association, domestically, trucks carry nearly 71% of all the freight tonnage moved within the United States and that percentage will most likely increase. Trucks deliver the California produce that you buy at your local grocery store, the Mexican avocados you use to make guacamole, the huge machinery and equipment used in commercial construction, the material used to build houses, and the cars you buy at your local dealership. There are many facets of our economy that rely on the trucking industry.

Continued economic growth leads to continued growth in transportation, especially in respect to long-haul trucking. As luck would have it, there are many skills often found in military service veterans that closely parallel those required and valued by the commercial trucking industry, according to Roadmaster Driving School. Here are the top reasons why military veterans are well-prepared for a career in the trucking industry.

Driving a big rig requires you to be aware of your surroundings at all times; in the military, this is referred to as situational awareness. You need to know where you are and exactly where others are relative to you. You also need to be aware of impending weather changes, changing road conditions, and detours.

The trucking industry values veterans’ abilities to be effective and efficient when accomplishing tasks. Performing logistics tasks such as route planning efficiently and effectively help keep costs in check.

Closely related to situational awareness is adaptability. As in the military, conditions can change and evolve faster than you realize. You must be able to adapt to all sorts changes – weather, other drivers’ actions, and road conditions are just a few examples.

All military branches focus on building and maintaining both physical and mental endurance because your life, as well as the lives of your squad, depend on being able to keep your eyes on the prize for extended periods of time. When driving a long-haul route, which can often last several weeks, you must be able to stay focused and fresh. As a veteran, you’ll definitely have an advantage in this domain.

The military teaches the importance of taking responsibility and being accountable for your actions and outcomes. The outcome that all professional long-haul truck drivers strive to meet is that of delivering their shipments to their destinations safely and on schedule.

There’s an old saying: “There is no ‘I’ in team.” It’s a lesson the military quickly and effectively teaches. When your squad has to accomplish a mission, everyone must work for the betterment of the crew – even when you work independently and alone. The same holds true in the trucking industry. Teamwork from everyone involved in a successful delivery – you, the dispatcher, the operations manager – is a must.

Respect is highly valued not only within the military, but within the trucking industry and every aspect of life. Respecting everyone you encounter on the job will go a long way, and respect will come back to you in return– in spades – and will help you advance further in the industry.

If you drove a heavy vehicle while in the military, you already have an advantage over most civilians. If you have a military CDL, you can waive the civilian CDL skills test, which is typically required to obtain a license. If you worked with hazardous materials, you could qualify for higher-paying loads. G.I. Bill benefits may cover weeks-or months-long training programs offered by the best truck driving companies for veterans. You can also get paid via a stipend to learn your new driving skills in these military apprenticeship programs.

The personal qualities and life skills obtained from military training make veterans the among the safest and most sought-after drivers on the road. Regardless of the reason you joined the military, you supported and defended your country. As a professional truck driver, you can continue to support your country because without professional drivers, the country’s economy, its lifeblood, will cease to flow. Your work will help keep your country’s economy vibrant and alive. Get pre-approved for your semi-truck loan and get out on the road today.

Why June is Considered a Pivotal Month for the Spot Market 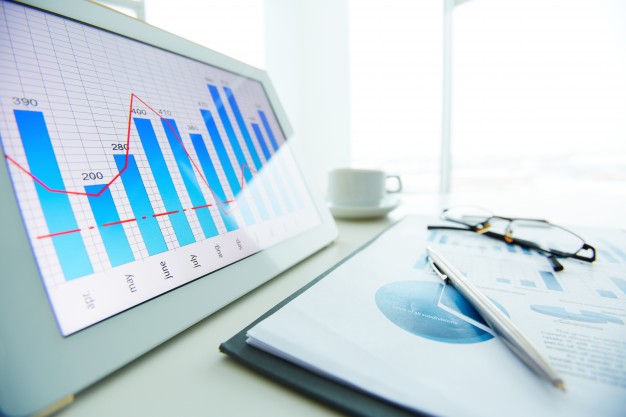 2018 was a booming year for the trucking industry’s spot market. A corporate tax cut unleashed a strong demand for all types of freight services, creating tighter capacity, higher volumes, and stronger pricing power throughout the trucking industry. The U.S. tariff that threatened a penalty of 25 percent on $200 billion dollars of Chinese products caused huge amounts of early shipments of goods to be moved in Q3 and Q4 of 2018. Earlier in 2018, trucking firms added to their fleets to handle the increased demand.

The trucking industry, or rather the flow of shipments facilitated by the trucking industry, is one of the leading indicators of the United States’ economic health. As such, the industry is a proverbial parakeet in the coal mine; it feels the effects of any economic turbulence before most of the industries and businesses it serves. So, why did the first half of 2019 tell a different story from the previous year?

Several factors sparked major shifts within the trade world. A weaker European economy and Great Britain’s “Brexit” have created a plethora of trade uncertainties within the area and throughout all of their trading opportunities in the Eurozone.

Weather events affected food and crop availability in early 2019 throughout the United States. When crops fail, or harvests are delayed, they might not need to be transported at all or their transport occurs later than it normally would, which affects the normal rhythms of the supply chain. In effect, shipping volume decreases while trucks not being used at their normal rates become available and create excess capacity. Lower shipping volumes coupled with higher capacity means too many trucks for too few transports. That was, and is, a recipe for softer rates, which is exactly what came to fruition.

Tariffs, or the threat of their implementation, have been the broadsword that the United States has used to drive trade negotiations and agreements throughout industries and nations, especially with respect to China and Mexico. Regardless of your opinion regarding the tactic, tariffs and their related negotiations take time to resolve and close. In so doing, they introduce uncertainty into the business landscape due to the businesses affected by them not knowing the final outcome. This uncertainty persists until a negotiation closes and the affected businesses understand the terms of the resulting agreement.

If there is one thing businesses dislike, it is uncertainty. What happens during times of uncertainty? Businesses temporarily retrench until they can determine the eventual impacts – plans may never come to fruition or can be postponed; manufacturing slows down; orders are canceled; and shipments get canceled. All decisions reside in a “wait-and-see” mode and it takes large amounts of time for companies to return to a “business-as-usual” rhythm.

In comparison to former years, housing starts declined by 4.7 percent as of May 2019. Fewer housing starts reduce demand for the various products used in housing construction, which in return lowers manufacturing output as well as the amount and types of product to be transported to their various destinations. This once again means lower shipping volume on the spot market, mostly for flatbeds, but this could affect the demand for reefers and vans, too.

May’s load count numbers continued in a downward fashion and disappointed those within the industry greatly. However, signs of a June rebound are now being discovered. An abundant capacity still exists within the spot market, but so does a relatively strong, growing capacity for volume.

Seasonal shipments come with the warmer weather during this time of year, and stored goods are moving towards the east from the west. This removes capacity from the spot market because the time it takes for a truck to make a round-trip is higher, which may nudge up rates.

No one can say for sure, indeed, several market analysts see continued clouds for the industry. However, DAT market analysts see cause for optimism. They indicate a slow, steady year-over-year growth in spot freight volumes, with the only drag on rates being excess spot market capacity due to the fact that trucking demand did not grow as fast as capacity. Seasonal freight movement, as well as the resolution of tariffs, may help to consume existing excess capacity and help boost spot market rates.

Stay tuned for more updates on the freight industry and changes in spot market trends. 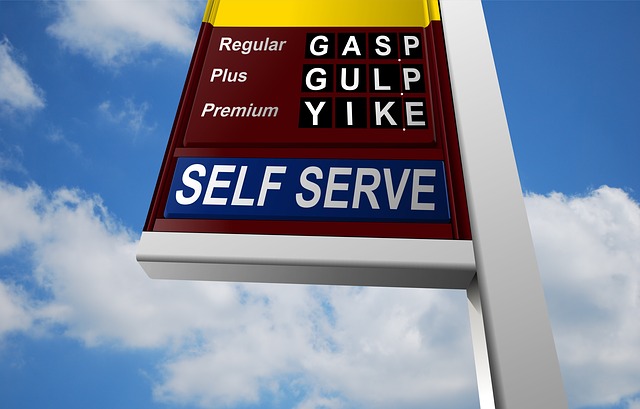 While you may find the picture above amusing, there’s nothing amusing about spending more money for fuel than you need. Your fuel prices are high enough without them receiving any extra help. While many ways exist for you to lower your fleet’s fuel costs, let’s look at six of them right now. Here are the top ways for fleet owners to start conserving fuel.

The number one and most impactful method for reducing fuel costs is implementing an effective regular preventive maintenance (PM) program. Regularly scheduled PM, which can improve a truck’s fuel economy by up to 40 percent, includes maintaining engines and related components as well tires.

How can fleet owners shape driver behavior? One way may be to deploy in-cab tools such as coaching apps. Here are three in-cab driver coaching apps that can help increase your fleet’s fuel efficiency. Although they all differ from one another in particular respects, they share several commonalities:

Deploying apps like these and having your drivers accept them will work best when you and your company trust your drivers. If you trust them, they’ll trust you and be more likely to accept new technology. Your drivers may even use apps like this to create friendly rivalries to determine who is the most fuel-efficient driver. You could even create company-sanctioned competitions complete with rewards for drivers and driver teams.

Third, evaluate fuel-saving technologies you could implement in your fleet. If you haven’t yet, evaluate telemetry, automated manual transmissions, low-rolling-resistance tires, anti-idling devices, synthetic lubricants, automatic tire inflation systems, adaptive loading axles, full-tractor aerodynamic packages, and aerodynamic skirting for trailers. These are some of the low-hanging fruits you could grab.

Perform some old-fashioned data analysis. How do patterns of fuel usage compare among your drivers on the same or similar routes? Who uses the most fuel, all things being equal? Which trucks present the lowest MPG? Could design or mechanical issues cause any discovered fuel efficiency issues? Maybe the route itself creates a fuel efficiency issue, which leads to the sixth and final top way for fleet owners to conserve fuel.

Don’t just rely solely on routing software; perform a route analysis the old-fashioned way. Road quality, traffic conditions, and speed limits influence a truck’s MPG. The shortest distance from one point to another may not always be the most cost-effective. Analyze idling time vs. driving time and design routes to minimize idling as much as possible. Also, look at the terrain your trucks travel on. The EPA’s fuel estimates assume operation on flat surfaces, so if your routes traverse hilly or bumpy roads, your vehicle’s MPG will be lower than the EPA’s ratings for your vehicles.