How the Coronavirus is Affecting the Freight Industry

What Truck Drivers Should Expect This Spring As the Coronavirus Spreads 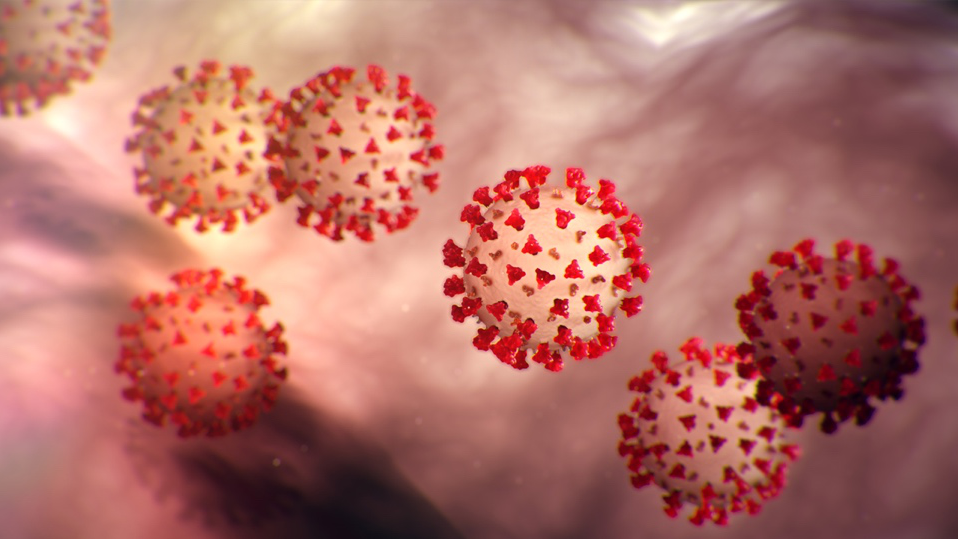 The infection rate of Coronavirus, also known as COVID-19, is continuing to increase in countries around the world. Some experts claim that America’s trajectory of infection is in-line with Italy’s, which indicates that the overall number of infections will continue to increase into the coming months. Currently, there’s a high level of general alarm for members of the service and restaurant industry, as the White House has delivered specific instruction to the American people to work from home whenever possible, avoid social gatherings, and avoid going outside. The U.S. treasury is considering sending every adult American a check in the mail to help tide them over during these difficult times – and the trucking and freight industry have also seen some recent government intervention.

Government Declares Truckers are Essential to the Economy

There’s been concern for the trucking industry specifically, and a level of attention that generally bodes well for freight companies and owner/operators. The U.S. government has recognized that now more than ever, it is absolutely crucial for semi-truck drivers to be able to stay on-the-job during the outbreak of COVID-19, so that food, medical supplies and equipment, and other necessities can be readily replenished in areas across the country.

President Trump has relaxed trucking regulations in response to this need, rolling back a law that’s been in place since 1938, which disallows truck drivers from working more than 11 hours per any 14 hour work period. After that period, truckers are required by law to take a break for at least 10 hours. This keeps the total number of hours a trucker is allowed to be on the road at 11 hours per day maximum. With this law no longer being in effect, truck drivers are able to manage their own schedules more freely should their carrier companies oblige them, of course. If you’re an independent owner-operator, this puts a lot more of the safety precautions associated with truck driving on your own personal judgement, which makes it vital to operate responsibly during this time.

Truck Drivers and the Risk of Infection

According to an article by Business Insider, truck drivers are in a unique position as to how they should follow the White House guidelines for work moving forward. Truck drivers are not in a position to work from home and are often forced to come into contact with other individuals when they purchase food or enter a rest stop. Truck drivers rely on foodservice employees and custodians around the country to ensure that the services they require to move products across the country are infection-free.

Truck drivers are at increased risk compared to the average American according to a 2014 study that claims up to 38% of truck drivers do not have health insurance. The article also cited studies that found long-haul truckers to smoke cigarettes at a higher rate than most Americans, which has the potential to exacerbate coronavirus symptoms according to Epidemiologist Saskia Popescu, who practices at the Honor Health medical group in Arizona. The FMCSA has estimated that the government’s decision to relax trucking regulations will result in $274 million in savings for the U.S. economy, but it’s difficult to say whether those savings may be offset by semi-truck operators contracting COVID-19 at an increased or decreased rate than the general population.

Freight companies and companies that manage rest stops have been outspoken in their role of reducing infection. Walmart has been circulating information to their drivers, urging them to take proper steps to keep their hands and cabs clean of infection. Pilot offered in a statement to Overdrive, that they are reinforcing proper cleaning procedures and sanitation methods, saying “Additionally, we have hand sanitizer dispensers for public use near the restrooms at our locations and working closely with our suppliers on inventory contingency plans. We will continue to follow the advice of global and local health authorities as the situation evolves and take preventative measures as necessary.”

If you’re an owner operator running familiar routes, it may be worth investigating whether your favorite dining establishment or rest stop has issued a statement for how they’re planning to adapt to the coronavirus update. Many businesses are moving their business models towards transactions that don’t involve human contact, and those services can be helpful for reducing your own risk of infection when you’re on the road.

There have already been strong movements to keep the trucking industry virile during this time of change in America. It’s vital for freight companies to maintain operation in some degree, so that food service providers, manufacturers, and hospitals can continue to operate at an appropriate efficiency level. One of trucking’s most powerful lobbying groups, the ATA, has recently requested provisions for the industry, and it’s likely that the executive branch will continue to adjust trucking regulations in the short term to keep the industry healthy. There’s currently a national driver shortage in America, which means that truck drivers are one of the few labor areas that could see increased demand during the outbreak

How to Maintain Healthy Driving Practices

Some news outlets have offered advice on how to stay safe during the outbreak, which can be useful resources, but it’s always best to refer directly to the CDC, World Health Organization or your Government’s official correspondence about the Coronavirus when making changes that affect your lifestyle. If you’re lucky enough to be driving an EV vehicle, there’s a good chance you’ll cut down your risk of exposure. Being extra cautious during fuel up times, or finding ways to decrease fuel consumption can be a great way to reduce stress and keep yourself healthy as well. Contact us with any questions you might have regarding how to be successful as an owner-operator, and make sure to browse our news section for the outlook of long-haul trucking in 2020. Thank you to all of you brave, hardworking truckers out on the road! 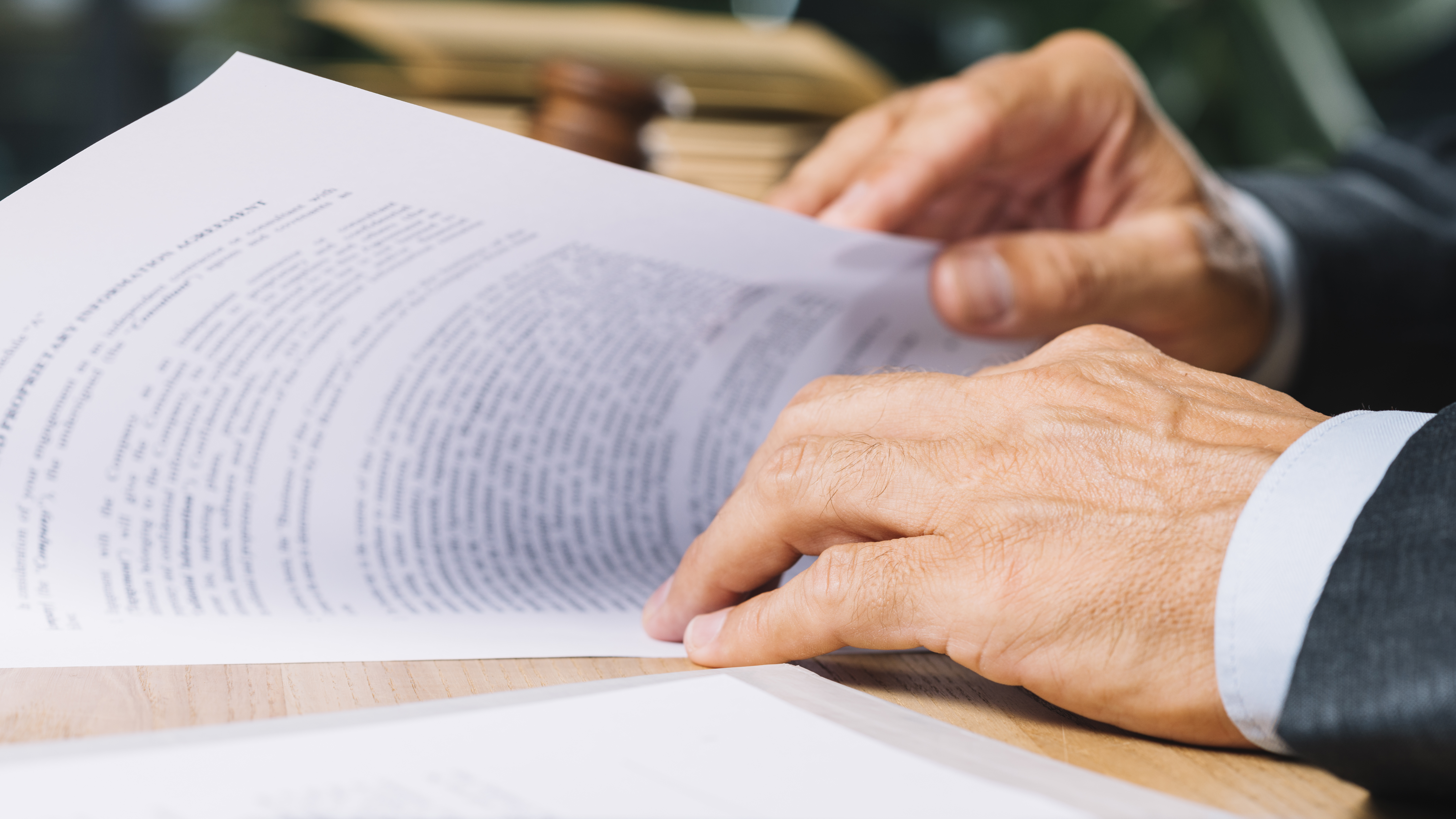 The President released his proposed federal budget for the 2021 fiscal year on February 10. The proposal titled “A Budget for America’s Future” has allocated $1 trillion of its $4.8 trillion total budget to infrastructure, and a great deal of that should positively impact the trucking industry should it be approved.

$50 million is slated to go towards the Moving America Safely and Efficiently Program, which is described as intending to disburse money to programs aimed at opening up bottlenecks and “adding capacity, deploying effective technologies, and expanding truck parking infrastructure,” according to the budget request. This is good news for truckers, and it’s likely that this change along with others in the bill will help increase America’s highway capacity for truckers and increase overall freight efficiency. The budget requests more than $800 billion for a 10-year reauthorization of surface transport programs by the federal government, which effectively renews and bolsters the FAST Act of 2015— a $305 billion infrastructure bill that’s set to expire in 2020.

What Should We Expect to Change?

In general, it’s difficult to speculate on how much the average owner-operator is going to see in terms of change to their regular truck routes after 2020. For starters, the budget that the Trump Administration proposed isn’t yet set in stone. As with all presidential budget proposals, this document serves as a template for Congress to work from when constructing their own official budget. In a way, this proposal serves as a starting point when it comes to broaching budget changes to the American people, which can help members of Congress identify the sticking points of their constituents.

According to Jay Grimes who is the Owner-Operator Independent Drivers Association Director of Federal Affairs, there are certain aspects of the bill that the President may have proposed as a starting point for negotiation moving forwards. “I don’t think Congress is going to bite on doing a 10-year bill for $810 billion,” Grimes said. “I think the goal is trying to get a five-year new highway bill, which would match the FAST Act length. That’s probably going to be more realistic. The 10-year is a little pie-in-the-sky, I think.”

$810 billion would be a significant increase to infrastructure funding compared to previous legislation, and it’s likely to be a significant talking point when it comes to the final budget that Congress agrees on. The $50 million for Moving America Safely and Efficiently Program is slightly more likely to be brought into the official budget as-is, being a smaller portion of overall spending. There’s no mention as to where funding for the infrastructure changes will come from and whether economic growth alone will easily support the increase in spending levels.

There’s been a greater level of national attention to the trucking industry, and that’s set to continue through 2020. Starting in September of 2019, a proportion of truckers became newly eligible for overtime pay, which is especially helpful for owner-operators at the bottom of the pay scale. The President’s pro-infrastructure budget comes at a time when he’s receiving backlash for disallowing the Department of Homeland Security from enrolling or re-enrolling New York residents in Global Entry, which impacts the truckers in the state who carried low-risk shipments across the Canadian and Mexican borders. This issue is still ongoing, and New York intends to sue the DHS over the policy. Trump issued an executive order on February 12 that calls for the protection of GPS services, which presents primarily as a security-based solution, but will again promote spending in the trucking industry. There were GPS disruptions in maritime shipping in the Mediterranean last year, which has prompted concern over such disruptions taking place on domestic soil— something that could cost billions according to a study by the Department of Commerce.

Overall, the budget proposal indicates a greater level of care for truck drivers in America, with more straightforward benefits than the policies that are shaping 2020. With the worries regarding California’s gig economy bill AB 5 finally diminishing in result of a judge’s ruling, and the DoT having overturned trucker-specific work regulations, it seems like truckers might finally get a break when it comes to adjusting to new regulations.

Semi-Truck driving is a growing industry according to the National Bureau of Labor Statistics, and there are billions of dollars invested in trucking logistics every year, meaning that there’s a lot of money to be made in terms of getting trucks to their destination as efficiently as possible. Infrastructure improvements can result in a reduction of traffic and hazard-based braking, which increases time efficiency and lowers the fuel cost for fixed-distance trips. Much of the Trump administration’s efforts have been devoted to shaping trade in America, with the hopes of increasing interstate trading. This will continually affect the traffic distribution of semi-trailer trucks across America, which means that certain infrastructure bottlenecks may become more noticeable as trade routes continue to be affected.

Truck parking is a relatively inexpensive infrastructure upgrade, and $50 million could go a long way in terms of increasing frequency of truck stops on an owner-operator’s route. This obviously contributes to an increased level of comfort and convenience for truck drivers across America, and freight companies might see the infrastructure changes as a green-light to expand. In general, the freight industry appears to be moving at an upswing, and there aren’t many indicators that the livelihoods of owner-operators won’t increase through 2021.

Stay up to date with the latest infrastructure and trucking developments with our blog! If you’re new to trucking and curious about how to get started as an owner-operator, contact us today.