Self-Driving Semis: The Future of the Trucking Industry 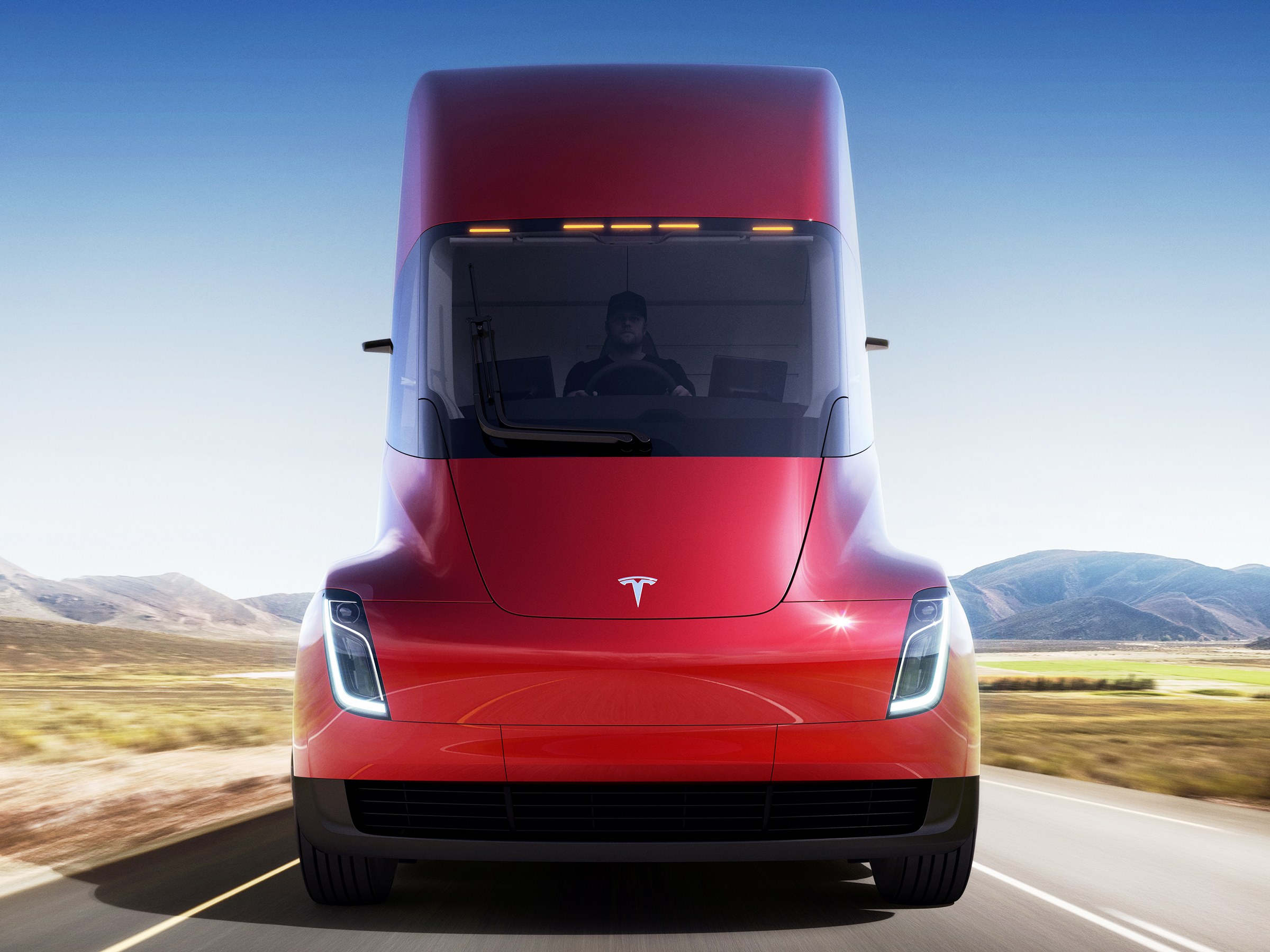 As artificial intelligence increases in modernity and practicality, its usage increases across all industries and fields, and trucking is no exception. Society is slowly warming up to the idea of self-driving cars, but self-driving semi-trucks is severely more frightening of a concept. Self-driving semis seem riskier because they’re bigger and more physically intimidating, but the technology is not as different as you might think.

United States government research facilities have allowed for the testing of self-driving vehicles nationwide. Over 12 states have rolled out programs to test the practicality and safety of self-driving trucks and ultimately the Department of Transportation’s National Highway Traffic Safety Administration (NHTSA) will determine the rules and regulations. This government involvement will limit the extent of biases from specific companies.

One of the main public concerns is safety. Software can often be inconsistent due to bugs and programming errors, and people tend to trust themselves more than a computer. Industry experts are even predicting that once the technology is perfected, this AI opportunity could dramatically increase safety on the roads. Humans make mistakes, and machines are typically much more consistent and predictable since they’re automatic in their decision making.

Additionally, autonomous driving comes with the added benefit of an instant reaction time, eliminating the single largest source of automotive accidents, which is human error. The number of front and back-end collisions will be reduced because this technology will monitor and maintain safe distances between vehicles.

You’re not Giving up ALL Control

While these advancements are coming at us quick, the transition definitely won’t be instantaneous. The switch to self-driving vehicles will most likely happen in smaller pieces incorporated into the current system. For the foreseeable future, automation in large scale transportation vehicles will still be overseen by a living, breathing human. There will be a tech-savvy person in the cab catching any technical errors or insights that need to be handled. This measure will mostly be a “just in case” sort of arrangement.

Theoretically, the truck should be mostly automatic, but it’s important to have a safety net, especially since these trucks will be on the roads with non-self-driving vehicles. Human error is simply something that cannot be planned for or programmed into a software, so the human presence is mostly to account for other drivers on the road and not the truck itself.

This component of the process is also important to the livelihoods of truckers everywhere. A big concern with self-driving semi-trucks is that they will put drivers out of work and damage the industry and culture that truckers have built. Since self-driving cars will still have to be monitored and accompanied by actual living people, truckers will be able to stay employed even if their job becomes slightly more automatic.

One of the biggest problems in the trucking industry right now is overworked drivers. There is currently a national driver shortage that is leading to tired and overstretched days that result in decreased productivity and an increased risk of mistakes and accidents. As mentioned previously, we would be gradually easing into this new era of self-driving vehicles. That would mean that slowly, the workload for truckers would get more and more manageable as we settle into these new advancements. The exhaustion and over-exertion of the job could potentially be a thing of the past.

Companies That Are Making It Happen

There are many companies who want a place at this table. It is projected to be the future of the industry, therefore companies such as Embark and Daimler are starting to invest more and more in recent years into the process. Embark comments that self-driving semis are even more crucial to the future of our roads than self-driving cars. The incredible influence that this technology could have on delivery, productivity and general efficiency in countless industries makes this all a huge potential for profit.

This is an immensely controversial topic. Many fear for what self-driving vehicles mean for safety and job prospects alike. While it’s impossible to truly predict these things until we see them happen in real time, industry experts are optimistic about what it means for drivers and their employers. If this transition goes as predicted, companies can increase profits and drivers will have improved qualities of life, all with the benefit of added safety. Autonomous vehicle testing is already in progress and growth and development of this new and innovative technology is expected to blossom in upcoming years.

At Mission Financial, we’re here to help you start your trucking career with semi-truck financing options.  We have amazing rates, customer service, and informative resources that will help you make the smartest decisions when getting started. 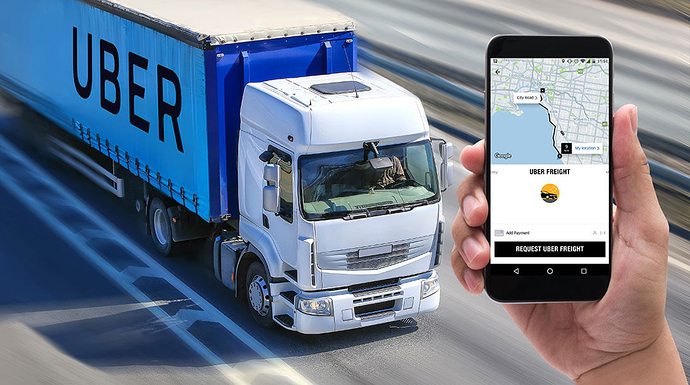 Uber recently announced that it would be funding a new Freight Business Headquarters in Chicago, Illinois. They revealed plans for office space in the famous River District taking up residence in a historic Post Office that has been uninhabited for years, until now. Their goal is to streamline their entire operations by centralizing corporate space.

The branch of the popular drive-share service allows for semi-truck drivers to lend their services to a variety of businesses on a more temporary basis than traditional industry contracts. The division matches shippers to truckers than can fulfill their needs, allowing truckers to have increased control when and where they work. Drivers can select a route or trip individually and receive pricing and timelines upfront. This program is available throughout both the United States and Europe.

The young company started its Freight Division a little over two years ago in May of 2017 and has already grown at an astonishing pace. The digital broker has expanded to $350 million in gross annual bookings in that short time, according to early-year paperwork. Reportedly, the business services 400,00 drivers to 1,000 businesses needing shipping. This growth led to a need for an increase in infrastructure, hence the search for a new headquarters. This astonishing progression is what has allowed Uber to make a name for itself alongside more traditional freight companies.

Chicago has long been a popular shipping hub, making it a good place for drivers to flock to for dependable work. The transportation industry has blossomed in the area to allow for a large pool of qualified trucking experts and professionals that will set Uber up for success when they begin their employing process. The area is also known for its logistics expertise which will hopefully aid in development. Uber Freight also already had about 1,000 employees in the area, which will be a great starting point when building the operation. The area is also known for its tech talent, helping to advance the technological future of trucking.

The current estimate of investment sits at around $200 million going into the region annually through Uber Freight, which contains the potential for tremendous impact. The growth that this could bring to the transportation hub that is already thriving in Chicago is potentially boundless. While Uber faces competition from more established companies such as the Seattle-based Convoy, this hefty investment should help Uber compete with older and more seasoned veterans. To an extent, it has already paid off. The big company has already landed deals with expensive clients such as Land O’ Lakes.

This has been an immensely controversial announcement due to the fluctuating reputation of Uber themselves. While Uber claims that their involvement in the areas has brought upwards of $1 billion through its involvement over the past few years, the company has a reputation for clashing with local government. This leaves many Chicago locals concerned for how the big business will impact the integrity of their city. Whether or not you agree with the moral standings of the company, it’s clear that this development will bring a steep increase of transport and related jobs to the area, as well as a significant amount of added income for the city and its people.

In addition to the immediate impact on the area, it brings change to the trucking industry in general with the new structure of the program. The structure of the program allows drivers to have significantly increased control over their hours since they can accept trips on a case-by-case basis that allows them to work as much or as little as is necessary. This could be an immensely beneficial revolution for the industry. It would help to eliminate excessive hours that are often forced onto truckers by their employers, which would benefit their overall quality of life. On the other hand, there is currently a national driver shortage in long-haul trucking, and companies wouldn’t have to hire full-time truck drivers and could instead fill in gaps with whatever drivers want to work on that route.

The Future of the Industry

What Uber has done with the traditional structure of acquiring drivers is revolutionary. The phone-based booking system allows drivers to have more control over their routes and see the payment plan upfront. While the rates for routes are somewhat inconsistent, experts agree that this internet-based agreement system is the route for the industry in the immediate future in response to recent national shortages. The system will additionally improve efficiency. Companies can get more routes done in a shorter amount of time because the system doesn’t have a set number of drivers. They can send more people out onto the road without having to wait for the previous drivers to return from their routes.

To learn more about the changing transportation and freight industry, check out our blog today!