Autonomous Vehicles: What Does it Really Mean? 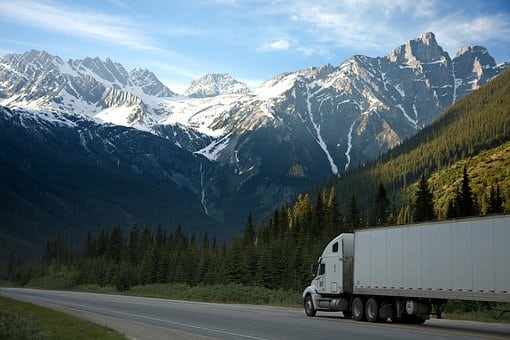 Autonomous Vehicles: What Does it Really Mean?

Autonomous vehicles are on the cutting edge of technology. Vehicles equipped with autonomous capabilities and technology are even available today for regular citizens with the purchasing power. But what about commercial vehicles? It’s no surprise that autonomous technology would be a great asset in the world of commercial transportation. Autonomous vehicles have the power to drastically reduce accidents by eliminating human error, and cut down on driver fatigue to keep drivers on the road for more hours. But how will they influence the commercial transportation and commercial truck financing industry?

In March of 2018, Google and Waymo announced that self-driving semi trucks would debut in Atlanta, transporting cargo bound for Google’s data centers. Waymo’s had this on the map for some time: they’ve actually been road testing autonomous vehicles in Arizona and California for a year. These vehicles are a distinctive bright blue and operate using the same technology that Google’s autonomous minivan, the “Pacifica,” uses. Driver distraction is one of the greatest threats to road safety, and autonomous vehicles offer protection against this.

The world’s first shipment carried out by a self-driving truck occurred in October of 2016, moving a large transport of Budweiser (over 50,000 cans).

There are six levels of driver readiness. For example, level zero is full control over the vehicle, the way you normally drive a regular car. Between levels 3-5, the system becomes more equipped to change lanes and turns. Level 5 is defined as a vehicle with autonomy to perform all driver functions that a human driver can. However, these vehicles still require someone to pilot the car to ensure safety, and must remain ready to intervene. This is good news for truck drivers worried about losing their jobs to autonomous vehicles, because the technology is still a bit removed from allowing unmanned vehicles onto the road. Highway driving is significantly easier for the AI technology to adapt to, but urban and narrow roadways prove more complicated. The ideal scenario would require a human driver to take over during more complex traffic scenarios, but allow the AI to take over once on the highway.

The University of Michigan’s Center of Sustainability predicts that these vehicles have the ability to reduce crashes by 90%. Not only is this valuable in preventing injury or deaths on the road, it also saves time by preventing delays that would result from accidents. This would also prevent potential costly damages against cargo as well. It’s easy to see the benefits that AI could have for the commercial transportation industry. Not to mention that autonomous technology would allow drivers to make fewer stops, saving time on their trips.

How does this technology work? Some AI systems reportedly function through a network of cameras that record a images that it then pieces together to form an idea of what’s going on in the “world” around. These images are processed constantly to form an ever changing “map” of the moving world.

ABI Research conducted a survey to determine how likely large transportation companies are to utilize new technology with in their commercial vehicles. They found that 18% of respondents indicated that they are already in the process of addressing their options for autonomous vehicles.

The advent of advanced autopilot systems for commercial vehicles and semi trucks may also affect the industry by encouraging more people to become truck drivers. According to Fortune, there is a shortage of truck drivers on the road today. For every 12 loads in need of transportation, there was one 1 available truck driver, according to industry analysis. The average pay for drivers has even increased in the last several years. Yet, many people don’t feel comfortable taking on a job that requires long hours and lengthy sleepless shifts. These “copilot” systems would ease the strain placed on truck drivers, preventing accidents (particularly at night) and allow drivers to relax more during their trip (or even sleep in some cases). The technology also makes truck driving a safer job, for those who are interested in truck driving but were concerned about the risk of accident.

The systems simultaneously allow one driver to maximize their time by almost triple, a valuable asset in a market with limited drivers right now. Today, the FMCSA limits drivers to working 60 hours per week and taking specific breaks, but these regulations could yield more profit in that time with the advent of AI.

Another possibility is known as “platooning,” in which a trio of semi trucks drive in unison—one or two of them manned by drivers and a third truck self-driving. Platooning is a strategy that keeps trucks driving at a constant speed, less likely to be disrupted by traffic flow. This means lower fuel consumption, lower carbon dioxide emissions, greater traffic safety and it allows the truck technology to communicate.

At this stage, it’s unclear how this technology will impact the semi truck and commercial vehicle financing industry. The availability of autonomous vehicle technology to owner-operators is most likely a ways off. These semi trucks today are financed by large companies and carriers (like Otto, owned by Uber) who have invested in research and testing.

Dealership lending and direct lending to owner-operators is a vital component of the commercial transportation industry. Drivers need loans to afford their trucks—whether it’s one truck for a single owner-operator or an additional truck to add to their fleet. Whatever changes arise in the commercial trucking industry, lenders are invested in providing a means for drivers to earn a living.